Enjoy the rural environment, nature and our local cuisine

TV in the living room and bedrooms

We have television in the main rooms as in all the bedrooms of the rural accommodation.

Exclusive kitchen for guests staying in our rural house

We have parking place for vehicles

Terrace, barbecue, board games ... with spectacular views in the garden

We have wireless internet connection from anywhere in the house

The rural accommodation ‘Juan Martindegi’ is located in Gipuzkoa, Basque Country, Spain, next to Mount Jaizkibel and the Cantabrian Sea, west of the Bidasoa River and east of the Oiartzun River in Lezo. Very close to the Rural accommodation, there are the cities of San Sebastián (Donostia), Fuenterrabía (Hondarribia), Irún, Pasajes (Pasaia), Pasajes San Juan (Pasai Donibane), Rentería and Lezo. Among other places to visit, the Hermitage of Guadalupe stands out, about 5 kms walking by forest track, in addition, there are several restaurants and typical Basque cafes within walking distance. Towards Fuenterrabía, a few kilometers away, also it could be accessed to the Real Golf Club of San Sebastián. Just in front of the agrotourism ‘Juan martindegi’,  will be found the Camino de Santiago (with several options for its route, along the coast or inland) following much of the Jaizkibel ridge and the southern slope, there is also access to the GR-121 route, which surround Gipuzkoa and goes through Jaizkibel. It could be visited the nearby cities by public transport, by Metro Donostialdea and bus (stops at Gaintxurizketa and Hotel Errekalde).

Our home is your home 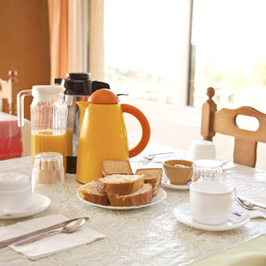 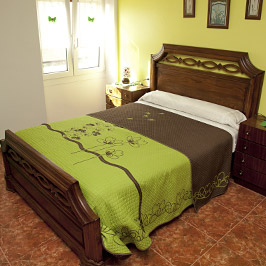 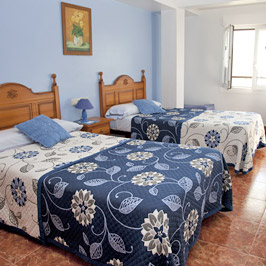 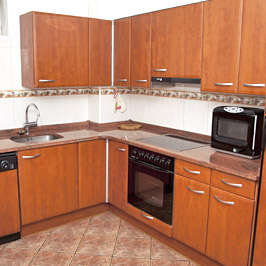 In the rural accommodation ‘Juan Martindegi’,  we take care of all the details, from a rich breakfast, we have a fully equipped kitchen and a living room with views on Peñas de Aia and the valley. Bright, warm and comfortable rooms. Juan Martindegi is a placid, calm and pleasant place, in harmony with the natural environment where it is located.

In compliance with Regulation (EU) 2016/679 (General Data Protection Regulation) and its development regulations we offer you the following information of your interest in relation to the processing of your personal data: Responsible for the processing: Your data will be processed by María Jesús Arrastua Aranburu, CIF 15960368-R Sagasti Bailara, 15 – 20100 Lezo.Finality of processing and legitimation: María Jesús Arrastua Aranburu will only use your data for legitimate purposes: -Management of our business relationship or information: your data will be processed in order to maintain and comply with the obligations derived from our commercial or informative relationship. You can exercise any of the following rights by sending us a written request along with a photocopy of your ID / passport to the following address: Agroturismo Juan Martindegi- Maria Jesús Arrastua, C / Sagasti 15 – 20100 Lezo. EMAIL: info@juanmartindegi.com- Information, Access, Rectification and Suppression.

Previous
Next
Scroll back to top